This chain is composed of eighteen identical double plates, which are fixed together by hinges. Each plate, which has been cast and carved, has the image of a bearded and bare-chested man, wearing a shield over his shoulder and holding, in each of his hands, a dolphin or a fish, in its upper portion. The lower parts represent an entwined branching of plant motifs. The subjects evoke the Renaissance in such a generic manner that it is difficult to interpret any particular symbolism. The nineteenth central plate is also double: the upper register has an oval medallion with a female profile placed above a shielded coat of arms; a corresponding stylised flower surrounded by a twisted frieze is found in the lower register.
Most of the shields (sixteen out of eighteen), which are carried by a bearded man, have been engraved with coats of arms, probably from the production of the chain. We can clearly recognise the coat of arms of the Liège families of Viron and Heur, whose members held the position of Mayor of the City or Alderman of the Sovereign Justice at the beginning of the 16th century. Other shields could be attributed to Persant, Warnant or Bierset, families who lived in Liège at the same time. Some coats of arms are still proto-heraldic in nature, because they are made up of merchants' marks or monograms.

The Liège origin of the chain is confirmed by the presence of the names "Gofry" and "Dheur", which are engraved on the edge of the two lower plates respectively. Indeed, we must recognise the signature of the two creators of the chain. Master Godefroid Godefridi was a Liège goldsmith who worked for the Notre-Dame chapter in Tongeren in 1527. His brother, Érard d'Heur, was governor of the Liège goldsmiths from 1525 to 1536.
Chains of this type are rare, as they required significant effort. Some examples with a similar design have been discovered: a chain, formerly belonging to the Lippens collection, which bore the hallmarks of Ghent for the year 1525, and the chain of the arquebusiers of Nivelles, which would have been donated by Charles V and which carries the signature hallmarks of this city at the same time.

The Liège chain can be dated to 1525–1530. It is the oldest work of Liège civil goldsmithing, which can absolutely be attributed to local artisans. This necklace is a contemporary of the reliquary bust of Saint Lambert.

It is probably necessary to look for its origin in the will of one of the three sworn companies that existed at the time, to be showcased as part of the grand pageantry around the great festive occasions, such as during the "Surguet", a procession that went out in the City the day before the Feast of the Translation of Saint Lambert, a festival which was revitalised in 1526 by Prince-Bishop Érard de la Marck.

Apparently, the appearance of the chain was changed – perhaps already at the end of the 16th century – because the central link was changed to make room for the coat of arms of the Sartorius family, whose members emigrated from Nuremberg to Liège shortly before 1576.
The chain was acquired in 2008 by the Heritage Fund of the King Baudouin Foundation, which stored it in our museum. 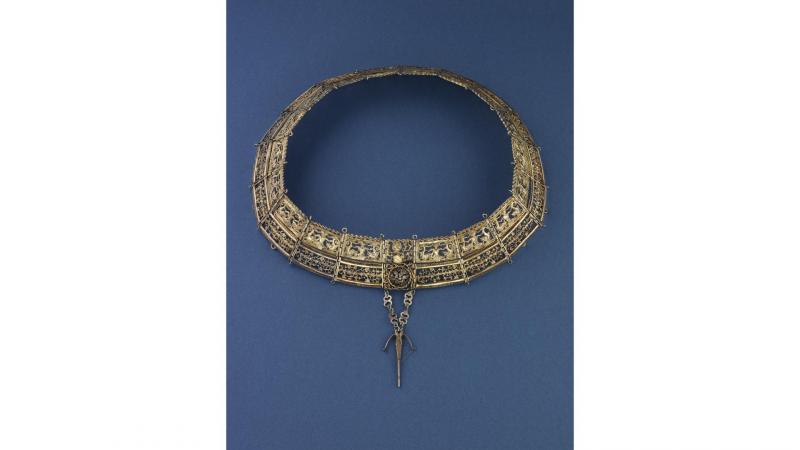 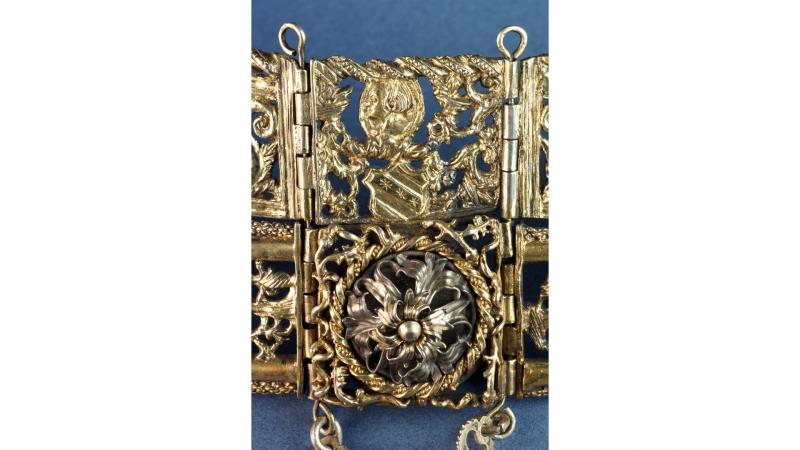 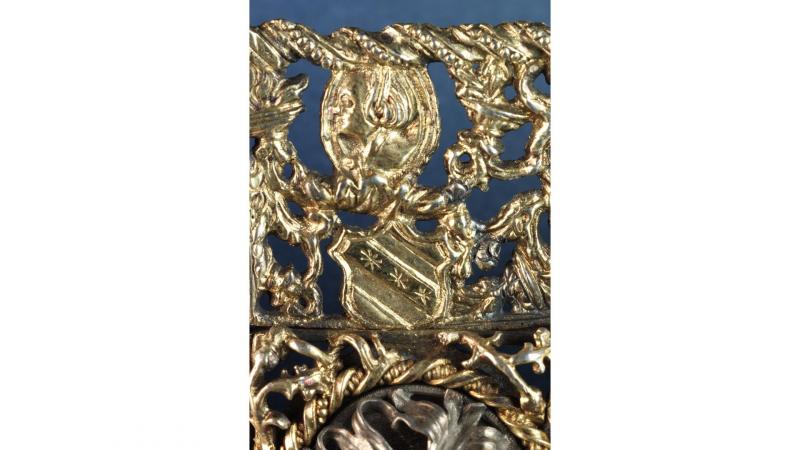 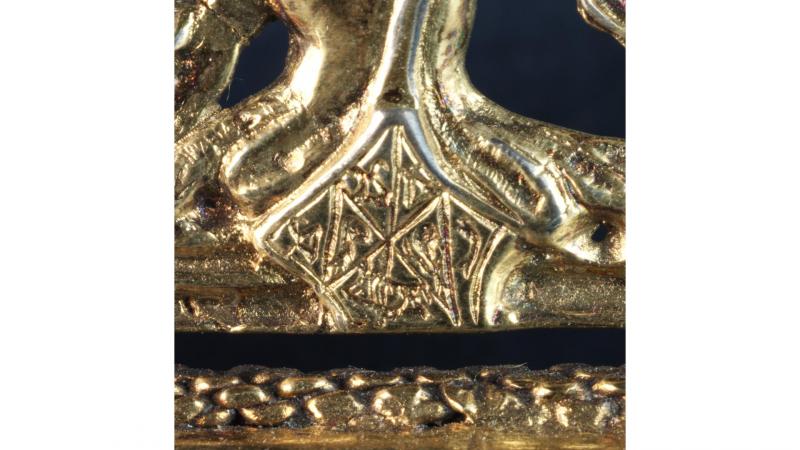