These pieces were made of fern glass, so called because it is fern ash that serves as the potash, acting as a flux to lower the melting temperature of the glass. They are decorated in a style that is typical to Antwerp and consist of masks with Neptune heads, which were originally gilded and alternate with rosettes set with a turquoise pearl. The shape of the flared-bottom goblet is derived from a 16th-century Rhine roemer goblet or wine glass, the barrel of which is decorated with pointed pastilles. Threads pinched by the wheel adorn the base of the goblets, as well as their body and the body of the can. The lip of the goblets is lined with a golden band. Two relief bands, which were originally gilded, decorate the dome, the bell of which has been replaced with a glass panel. The pinched ribbons, as well as the golden bands, are ornaments in the Venetian style. The silver lid of the can is engraved with the Virgin Mary and a bust of a man in armour, wearing a helmet and armed with a sword.

At the end of the 15th century, Antwerp, which was part of the southern Netherlands, has become a rich and prosperous city, because its port was the most important and boasted its supremacy over the ports of Genoa and Venice. In 1558, Jacomo Pasquetti, a native of Brescia, founded the first large glassworks in Antwerp and brought Venetian glass-makers there. Mongarda took over the establishment in 1583 and, after his death in 1595, was succeeded by Gridolphi; all three enjoyed privileges that gave them the monopoly on glass production and trade.

A bottle in the shape of a gun, a small mug and a roemer keg with similar decorations are also part of the Museum's collections. 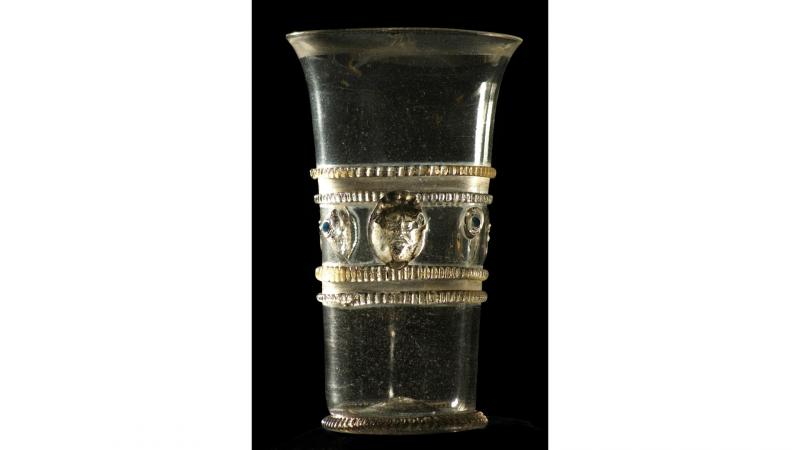 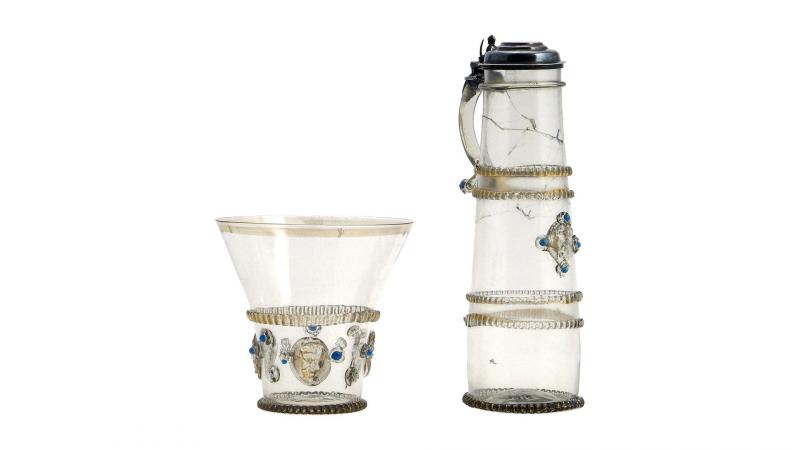 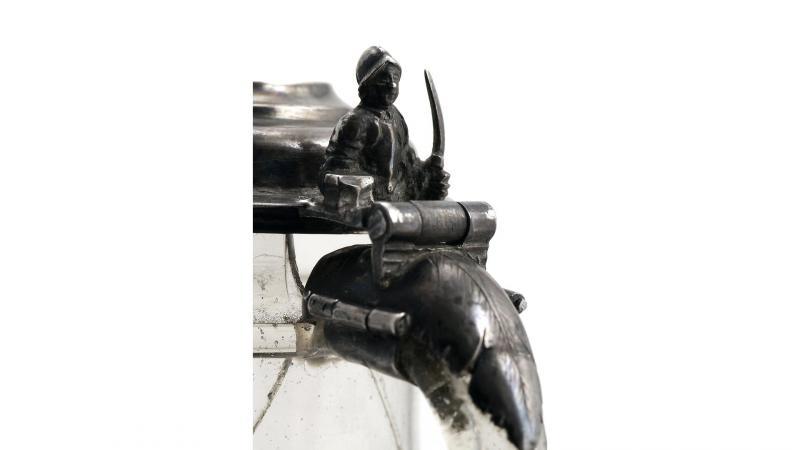 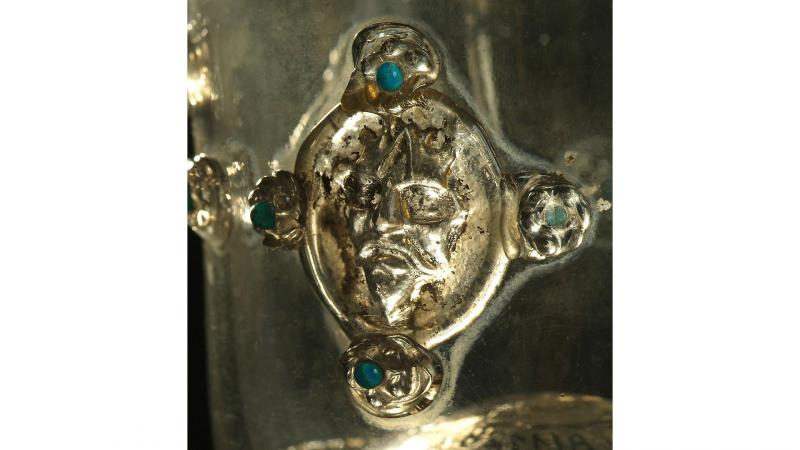 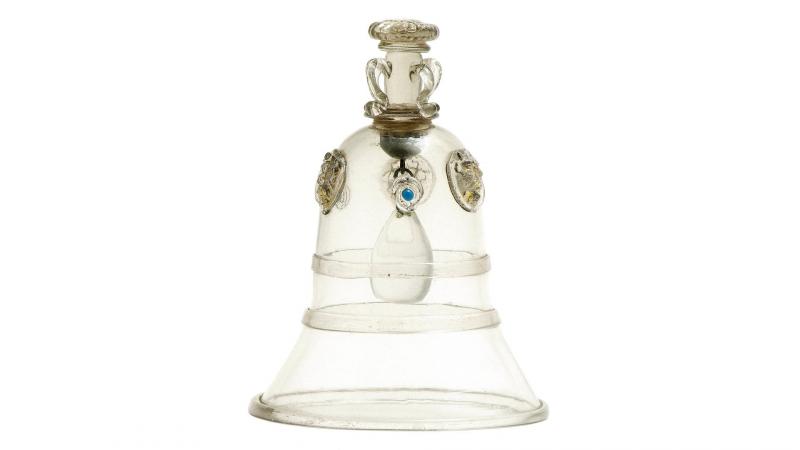