On 28 June 1717, exhausted after a long journey in Europe and following the advice of his doctor, the Czar Peter the Great went to Spa. He stayed there for a month. The sovereign liked the spring water there so much that he praised it, not only for its taste, but also for its healing properties. This source of mineral water called Pouhon – from the Walloon "pouhi", meaning to draw – was located in the centre of the city and called "the Pouhon of Peter the Great".

Subsequently, the noblemen and bourgeoisie come from all over the world to enjoy a beneficial stay in the city of Spa and its surroundings, where various sources had been discovered. Trade started to flourish and the precious liquid encouraged the creation of a special bottle by the glassworks of Liège in the 17th and 18th centuries. The most original model features a flattened gourd-shaped belly and a long, narrow neck, in order to facilitate transportation for export, as well as easy storage in customers' suitcases. To better protect them, they were trimmed, that is to say, covered with woven bulrush. Their lack of stability did not allow them to freely stand on the table and required the preparation of hollow supports carved from wood, marble or shale rock, which highlighted the bottle and its contents. Wooden “Spa” pedestals were also used. This last material was particularly common in the production of boxes and cases – both painted and varnished – items which were very successful from the 17th to the 19th century. The wood, which was typically maple, was soaked for a long time in ferruginous mineral water before being painted. Several boxes depicted various springs and sites in Spa. 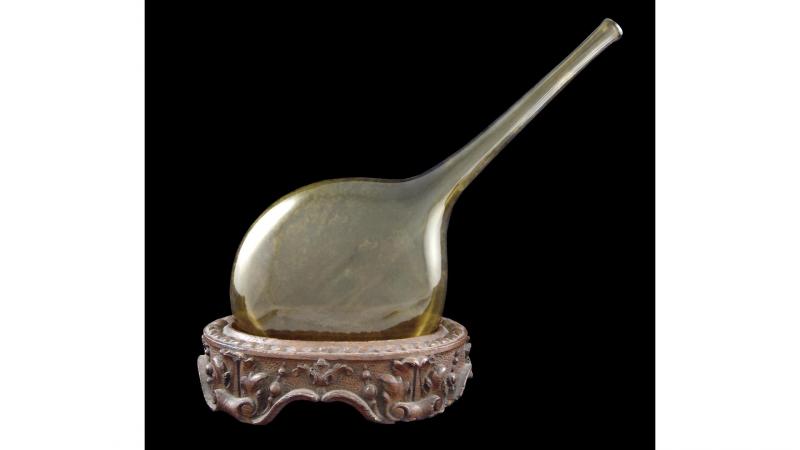