Polish rifle
(Purchased in 1968 - formerly belonging to the collector W. Keith Neal)
The barrels of this hunting rifle are missing. In spite of this, the work of the mount, which is all that remains today, is an extraordinary tribute to five Polish heroes, thanks to its engraving, chiselling, sculpture and inlaying. It is signed by two famous Warsaw gunsmiths: the first, engraver Jan Jachimek, and the second, Jan Jakub Sosnowski. It was made around 1863, when the country revolted against Russian domination. The characters represented are as follows: Stanislaw ZOLKIEWSKI, the Commander in Chief of the polish army, which seized Moscow in 1610; Stefan CZARNIECKI, who conquered the Muscovite army in 1660; Kazimierz PULASKI, a fierce opponent of the initial division of Poland in 1772 and a hero of the American Revolutionary War; Tadeusz KOSCIUSZKO, another champion of his country's independence and hero of the American Revolutionary War; Jan KILINSKI, a cobble and popular leader of the 1794 insurrection against Russia, before the final suppression of Poland, which would last until 1918. 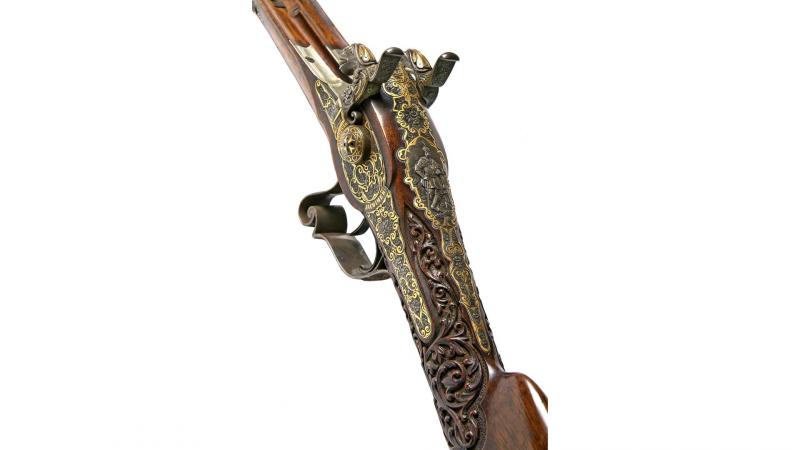 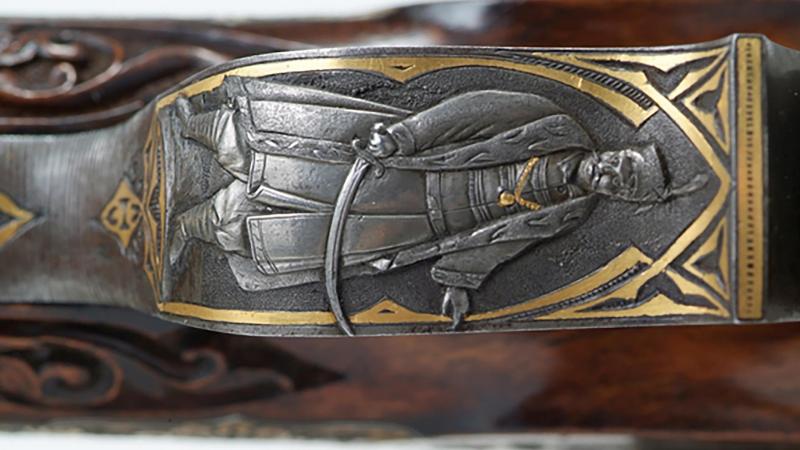 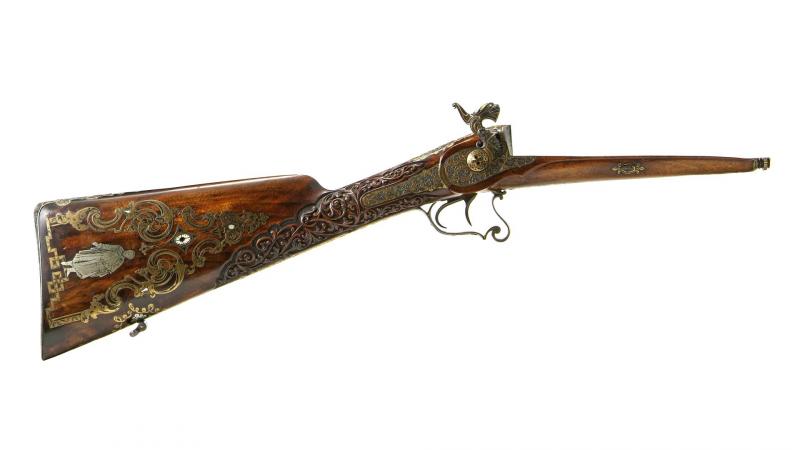