The original fragments of this reconstituted bust vase were unearthed on 15 May 1872, during an excavation campaign carried out at Place Git-le-Coq in Jupille on behalf of the Liégeois Archaeological Institute. The moulded busts, which are stamped onto the globular body of the container, are separated by a decorative relief ring. The effigies – three bearded and three without beards – which have particularly neat hair, are depicted with a hieratic demeanour. Differences appear in the rendering of the face details: the presence or absence of the ears, figuration of the lower lashes or the eyebrows, curly or hatched beard and moustache. The seventh effigy, which has been reconstituted from vases with busts of the same decoration, is a three-headed figuration with four eyes. It stems from Celtic tradition and has been assimilated to Mercury. The deity can be recognised by the two temporal fins implanted in his hair.

In the past, these seven stamped busts have been interpreted – by comparison with the décor of sconces on some Treviri money vases – as being depictions of the planetary deities who presided over the days of the week: Saturn, Sol, Luna, Mars, Mercury, Jupiter and Venus. Their true meaning remains a mystery to this day, due to the absence of distinctive attributes.

In the iconographic repertory of bust vases, Mercury is also represented standing, sitting on a goat or as part of an architectural decoration. He holds a bag and a caduceus in his hands and is sometimes surrounded by his symbolic animals: a goat, a cock and a snake. The decoration of the perimeter of bust vases was sometimes limited to three, four or six effigies.

This category of vases, which is linked to domestic cults, was mainly produced in the region of Bavay (Department of Nord, France), the ancient city of the Nervians, between the first and third century of the common era. Dispensaries located in Blicquy and Tournai, in the province of Hainaut, also modelled this type of vase for local distribution. 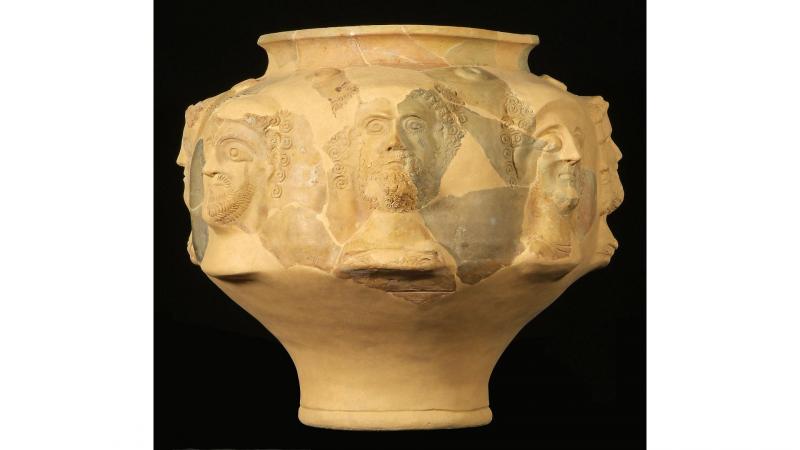 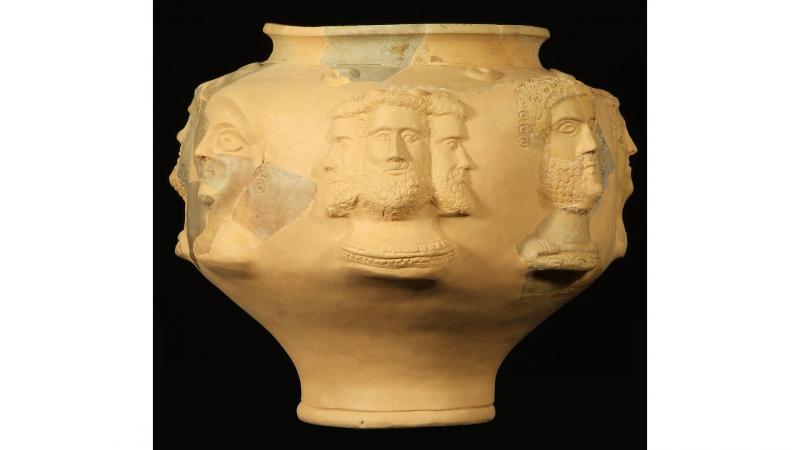 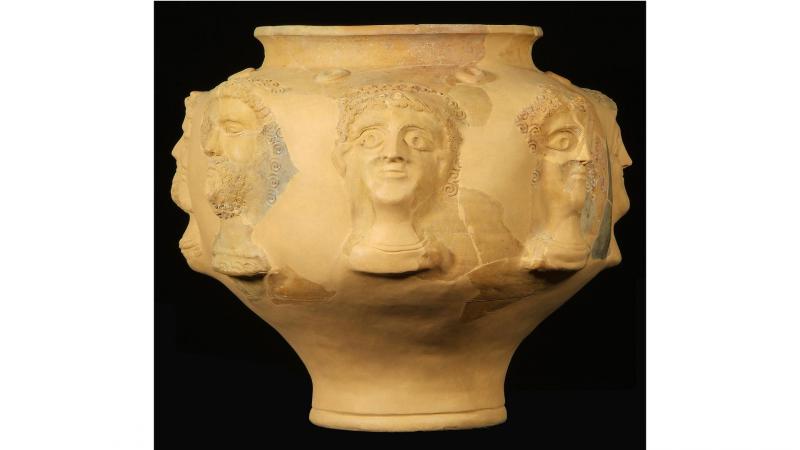 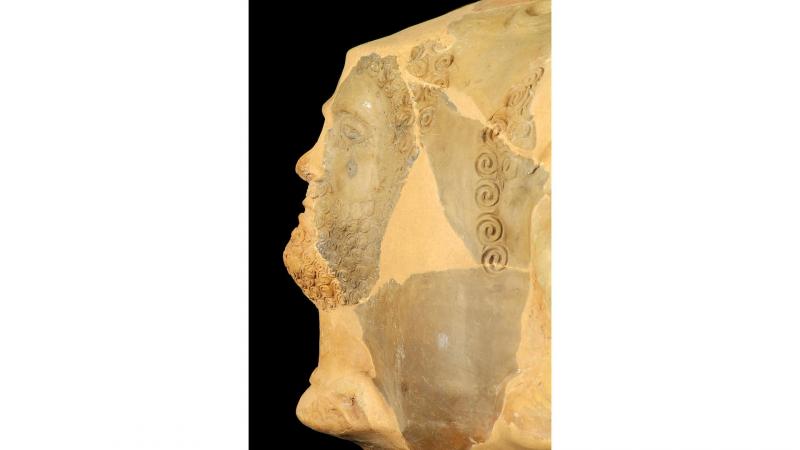