This regular polyhedron, which is hollow and openwork and was discovered in a funerary context in 1888/1889 in Bassenge (in the province of Liège), was accompanied by various pieces of pottery and a bronze tray. Cast according to the lost wax technique, it has twelve equal pentagonal faces, which are pierced by a circular opening with a variable diameter. Concentric circles have been engraved around ten openings, while each angle is provided with a small sphere measuring three millimetres in diameter.

More than one hundred Gallo-Roman dodecahedra have been recorded so far. These geometrical figures, which appeared between the second century and the end of the fourth century AD, were mainly found north of the Alps, in various contexts (military camps, theatres, temples, houses, tombs). They were a peculiarity of the northwestern provinces of the empire, which were steeped in Celtic traditions.

Many theories have been proposed regarding the function of these mysterious objects. The most common are sceptre heads, candlesticks, calibrators, tools for measuring distance, master works or dice for predicting the future.

The most enticing hypothesis, which is supported by the exceptional discovery of a dodecahedral dice with engraved faces with the names of the zodiac in Geneva in 1982, at the archaeological site around the Cathedral of Saint-Pierre, would suggest that this mysterious artefact was used for divination games. This will be seen in the polyhedron of Bassenge, a tool that has been linked to astronomy or astrology. 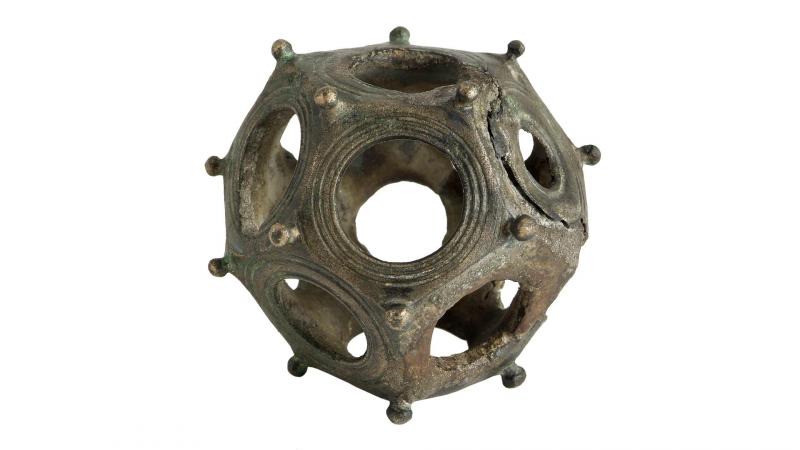 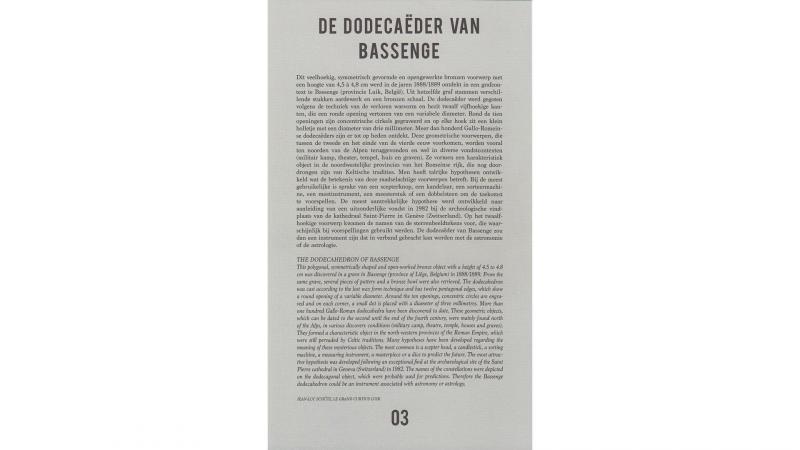