Michele Battista rifle
Purchase salle Drouot, Paris, 1959.  Formerly belonging to the collector John Hayward.
In the 18th century, several sovereigns, both out of pride and in order to avoid being too dependent on other countries, established state-owned factories, particularly for the production of weapons. These arsenals produced military material, as well as luxury weapons like this one. This rifle, with its powder horn, comes from the Naples Royal Factory and was produced, in 1775, by its best craftsmen: the gunner E. Manuel Estevan and Michele Battista, who produced (or, at least, oversaw the production of) the flintlock mechanism and the rifle’s trims. The latter represent hunting scenes and the general style of the decoration is Italian-Spanish, due to the Iberian influence that had long been present in southern Italy. 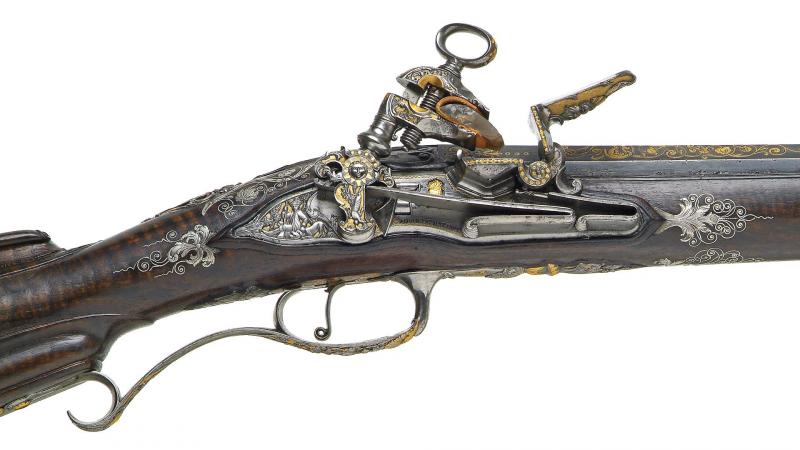 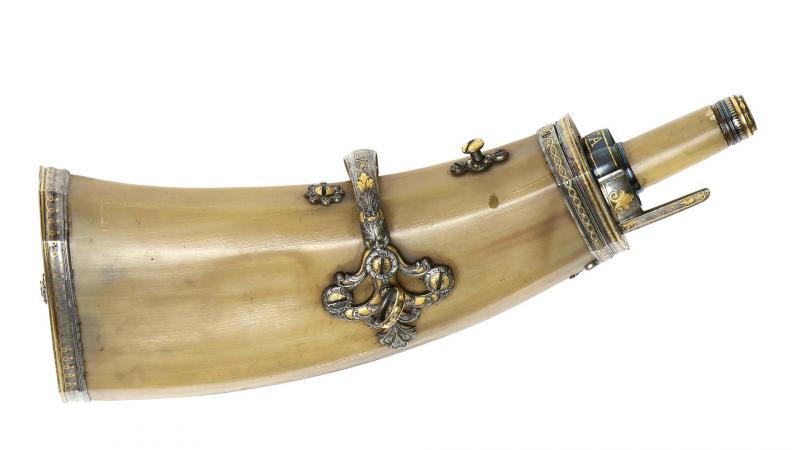 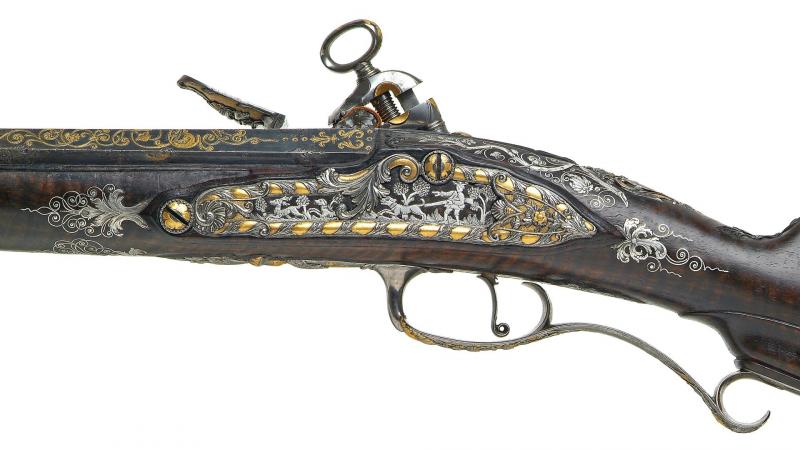