“Zulfiqar” sabre Purchased from Eugène Breuer, a weapons manufacturer in Liège, 1909 This sabre, the value of which is purely symbolic, is characterised by its bifid or split tip, which Islamic tradition calls "Dhûl-Faqâr". This term is represented by “Zulfiqar” in the French language.

Several attempts have been made to explain the origin of this unique item.  One of these would be that this object is a reference to a sword taken from the champion of the “infidels” by the prophet Mohammed at the battle of Badr (624), and then given to this cousin and son-in-law, Ali.

The representation of this mythical sabre was common in Islam up until the 19th century, and blades such as this one were produced as talismans.

The snake, which is represented in the chiselling of the blade's flat surfaces, alludes to the legend of the Kaaba in Mecca: this was inhabited by a monstrous snake which, on Allah’s orders, was struck down by an eagle, a symbol of the sun.

The inscriptions on the right-hand side, which are in Arabic letters, mean: “The servant of the divine king Solomon”.  “The work of Asadullah”.  “There is no hero like Ali.  There is no sword like Zulfiqar”.  This last phrase refers to the supreme power of Ali, the Prophet’s successor.  Asadullah was a famous Persian furbisher in the 17th century; his signature could have been copied after his death to increase the value of sabres marked with it.  Another proposed explanation for the persistence of this mark would be that it is instead a mark of excellence that would have been awarded to the best Persian furbishers.  In fact, Asadullah means “lion of God”, a title that Iman Ali received. 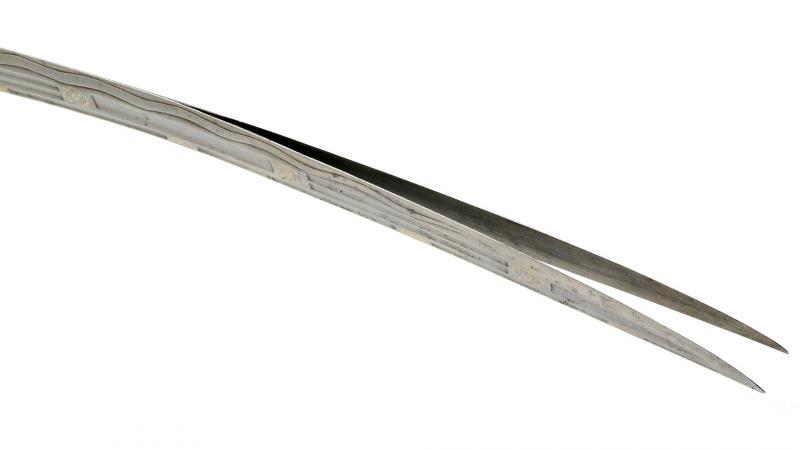 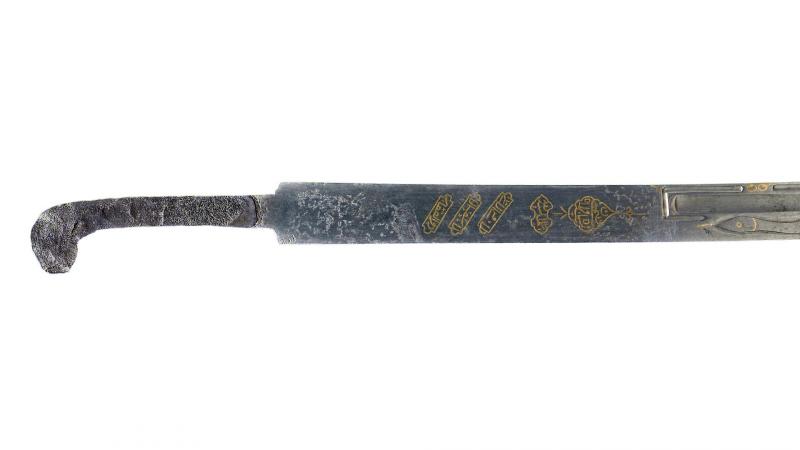