The famous Liège painter Georges Collignon (1923–2002) experienced a brief but fruitful adventure with the Val Saint-Lambert glassworks during his artistic career. As early as 1942, the artist Charles Graffart, who had just been chosen to direct the creations department in Val, had already hired the future painter to draw his creations, which were drawn on tracing paper, on paper[1]. Thirty years later, he worked with Val Saint-Lambert as a creator of new models with innovative designs.

Most of his geometrically shaped works were initially sketched from various angles, before being carved in solid glass, cut and then drilled. He also used bright colours for the inlays, which were highlighted by the magnifying effect created by the thickness of the glass. However, the vases he designed are very rare and are the most sought-after pieces, such as the model that has just been added to the collection of the Glass department at the Grand Curtius museum. The slender and curved shape bulges in the upper portion, with a narrow mouth and a wide, transparent edge. The satinised glass is lined with black to form a band at the base and neck. The decoration consists of eight horizontal friezes of eight black pellets. These are completely opaque in the first and last row and then increasingly thinned out by cutting to the central frieze, thus allowing more and more light in. With these cut circles, the painter is inspired by a visual and technical process that is specific to the lens of a camera, the diaphragm of which widens little by little. This also gives the material its transparency. Indeed, when the viewer looks through these spy glasses, they can make out the rows of patterns cut on the other side of the vase, which are multiplied thanks to an optical effect. The same decorative motifs decorate another model by the painter: the "Delta" cylindrical vase[2]. It should also be noted that the colour black was rarely used at Val Saint-Lambert, except in certain pieces that Charles Graffart created between 1930 and 1935.
Georges Collignon created most of the shapes and decorations for his models, and carefully followed the various stages of manufacturing them in 1972. The cutter Roger Laurent and, in particular, Noël Delfosse, who completed and refined the pieces, worked in close collaboration with the artist[3]. 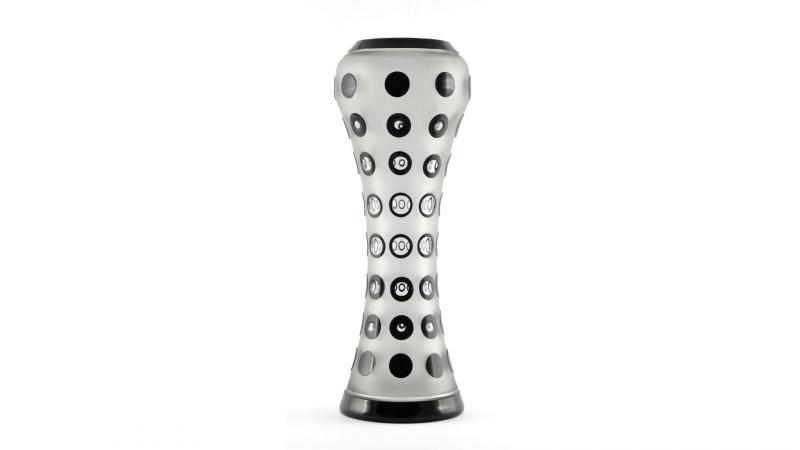 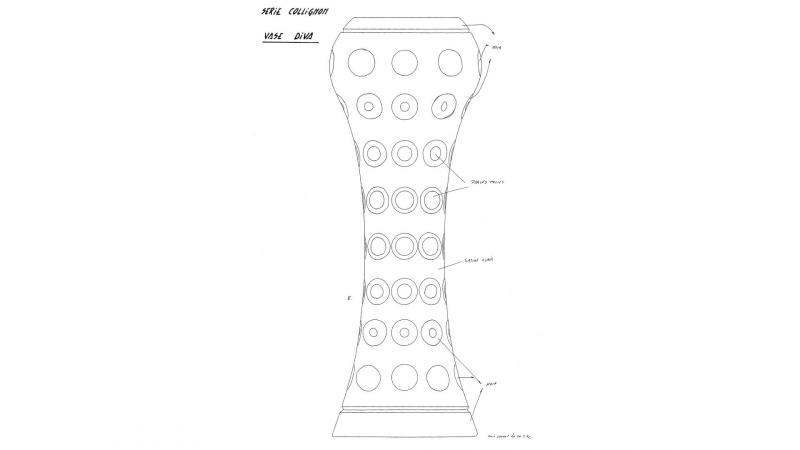